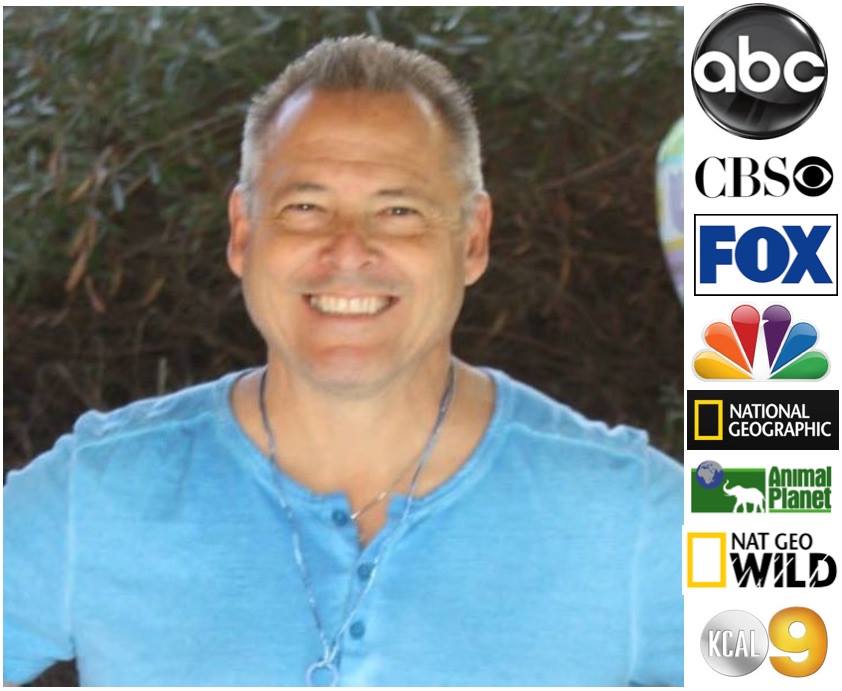 Andy has provided Dog Training In Orange County California for nearly 30 years and has been called "America's Top Dog Trainer" and “King K9”.

Falco K9 Academy is one of the few facilities if not the only in the world who trains Police K9 Teams (over 1000), detection dogs (of all disciplines), search and rescue dogs (including Peru and Argentina) and thousands of pet dog owners. And has been featured on the Disney Channel, Animal Planet channel and National Geographic. He was asked to assist Cesar Milan in the filming of his new TV show that will air in 2014. Currently there are two documentaries in production featuring Andy and Falco K9 Academy. Falco K9 Academy has trained and provided dogs for hundreds of Law Enforcement agencies throughout the world. Andy has also been hired by the largest companies in the world including Disneyland, Anaheim; Disneyland, Orlando; Disneyland Hong Kong, The Koch Brothers, Jerry Weintraub; Long Beach Medical Center; George Washington Medical Center in Washington DC and Steven Spielberg's Starlight Star bright Foundation.

As an author Andy’s most recent book “Dog Sniff Evidence” is a number one bestseller on Amazon. Andy has written 5 other books including “FALCO – Walking with God and a Dog” which discusses his time as a K9 handler and how his dog brought him closer to God.
Andy is a former police officer and K9 handler for the Anaheim Police Department in California (23 years). Andy was also assigned to the SWAT Team and a Detective in Family Crimes and Sex Crimes (SVU). Andy received a number of awards including Officer of the Year (1993) and the highest award, The Distinguished Service Award (1994).
As a business owner Andy won the "Top Gun, Maverick Award" for excellence in implementation and effectiveness of multicast marketing (2014).

Details
Andy is the President of Falco Enterprises, Inc. a company specializing in the training of humans and their dogs. The company additionally supports these customers with products and services. Andy is also the Training Director of Falco K9 Academy. Andy worked as a Police K9 handler from 1989 to 1996 for the Anaheim Police Department in California. During this period Andy became passionate about Police K9 training and dog training in general. After traveling throughout North America and Europe in seeking dog training and behavior knowledge, Andy developed Falco K9 Academy in 1995. Andy was then named the Departments first “in-house” training for the K9 Unit. Andy retired from the police department in 2005 to concentrate on Falco Enterprises, Inc.
Andy is also the President of Falco K9 Services, Security and Investigations, a security firm that utilizes dogs in both patrol and detection dog services in addition to other security services.

Director of Falco’s Detection Dog Academy
As a detection dog handler, Andy realized the potential for using dogs to detect anything that has an odor. In addition to the usual Narcotics and Bomb detection disciplines Andy has developed training programs for new and innovative jobs such as Mold, Arson, lost children and more. Most recently Andy has developed a new and innovative detection dog program for locating E. coli and Salmonella contaminated produce. Falco K9 Academy is teamed with the State of California Department of Public Health and UC Davis. This expertise has led to contracts with one of the largest companies in the world, Disney; Rollins, police departments in North America, Argentina, Costa Rica and the Dominican Republic. We have also assisted entrepreneurs in the Mold detection industry and Bed Bug Detection industry from coast to coast.

Director of The Bed Bug Detection Dog Academy
Over the past 5 years Falco K9 Academy has been instrumental in fighting for stronger and more consistent training and certification standards. But until that happens, we have developed a training program for both dogs and handlers that cannot be surpassed by any other vendor. Our system is much like what we have done for Law Enforcement for the past 25 years…that is to insure the effectiveness of the team through a strong training program. This training has been supported and sanctioned by State and federal governments and tested in both State and Federal Courts. Additionally I have been contracted by some of the largest pest control companies as a consultant for Bed Bug Detection Dog training and services…such as Rollins, Orkin, Western and Terminex.

Instructor, International Police K9 Conference
As an instructor for the International Police K9 Conference, Andy has traveled throughout North America 4 to 5 times a year and instructs K9 handlers and administrators on the dog behavior, training, liabilities and use of police K9s. At each conference there are 40 to 60 students who attend the week long conference. Andy is the lead instructor for the “Problem Solving” section of the school. Problem solving is an unstructured class were student’s request help on any aspect of dog behavior and police K9 training. In the 5 years of conducting this class Andy has been faced with hundreds questions and “problems” from aggression issues to weakness in searching behaviors. Andy was the architect for the famous and popular group walk that is now used in the conference.

Every Police K9 team must pass a minimum standard to receive certification from California’s Police Officer’s Standards and Training office. The office has certified very few officials to judge the hundreds of K9 teams within the state. Andy Jimenez has been a state certifier for approximately 6 years (Since POST created the Standard).

Director of Falco’s Civilian Dog Training Academy
Andy realized it was more important to educate and train the human about the dog and developed a program to reflect this concept. Once people understood how a dog thinks and how they communicate it was easier for them to understand the basic concepts of training. This type of training is most important when dealing with aggression from a dog. If the human knows why a dog is showing aggression it is more likely they will know how to avoid an injury or correct the behavior before it occurs. Additionally, it was important for Andy and all the Academy’s trainers, to have a complete understanding of all forms and means of dog training. Not one form of training works for all humans and dogs. For instance a very passive dog who loves food will be very easy to motivate with treats while another dog who is strong willed and not crazy for food may need to be trained by means of correction based training. With this formula, Falco has become very successful in the dog-training field. Falco currently has individual in-home training and group training throughout Southern California.

Court Recognized Expert
Since 1990 when Andy testified as an expert in a narcotics detection case in Los Angeles Federal Court (Anaheim Police Department criminal case), he has continued to be sought after in cases of all types involving dogs. From detection; to use of force; to slip and fall case and Pit Bull fight rings. He has testified or reviewed cases throughout the United States.

Falco TV Production Company
Andy is the producer/director of all the video’s found on many of the most popular video sites (YouTube, DailyMotion, etc) that feature the pet, police and detection dog training of Falco K9 Academy and other dog related story’s. Combined, these videos are viewed by 100’s of thousands of people.

Take control of your finances with this free 4-step guide.